Higher incidence of Esophageal Cancer is strongly correlated to the countries with higher rates of being overweight.

For adults, overweight and obesity ranges are determined by using weight and height to calculate a number called the “body mass index” (BMI). BMI is used because, for most people, it correlates with their amount of body fat.

If you do not know your BMI and think you may be at risk, you can use an online BMI calculator to determine your score.

Where is the risk the Fattest?

The following information outlines particular geographies that are overweight and could be at a higher risk of Esophageal Cancer. 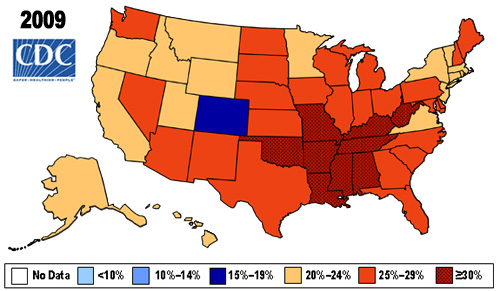 Western Europe
A 2007 study shows Germany has the highest number of overweight people in Europe. However, the United Kingdom, Greece and certain countries in Eastern Europe have a higher rate of “truly obese” people.

Germany ranks as the 43rd fattest country in the World with a rate at 60.1%. See where your favorite countries rank here.

Check Out These Pages

ECAA MENU
ECAA MENU
We use cookies to ensure that we give you the best experience on our website. If you continue to use this site we will assume that you are happy with it.OkNo